Rescuers flying over an island of debris rescue a dog swept out to sea by Japan’s tsunami three weeks ago.

TOKYO — A dog that survived in a house swept away to sea three weeks ago by the devastating Japan tsunami was saved on Friday by a coast guard rescue team flying over an island of debris.

Local television showed an aerial view of a brown medium-sized dog trotting around the roof of the house — the only part of it floating above water — before disappearing inside through a broken section of the roof.

The coast guard rescuers, thinking there might also be people alive inside the house, lowered one of their team onto the roof.

He tried to coax the dog out, but then went in after tearing a wider opening. He came out with the dog in his arms and they were transported back to safety by boat.

Domestic media said no people were found inside the house. 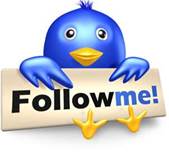